Everyone knows how to make lemonade, right? Just squeeze the lemon, add some sugar and water…. but what is the secret to make a lemonade that taste right every time you make them? I have learned from Food network that the secret to make perfect lemonade is in the way you make your sugar syrup. Sugar syrup is made from equal part of sugar and water. Let’s check out the ingredient for our lemonade shall we!

By the way, below are some of Sofea’s pictures when she went to Doha to participate in British School of Middle East (BSME) games host by Al-Khor International School, Doha. 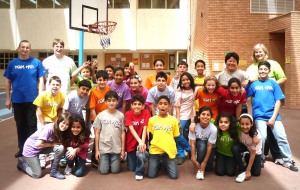 This was taken before the boarded the bus to the airport on 16 Match 2011. Sofea was so excited… she even managed to wake up before everyone else. 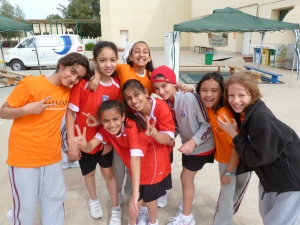 Everyone was so excited when the first arrived at AKIS on the 17 March 2011. Sofea didn’t participate for any event that day… just there to give moral support for the Basket Ball team. 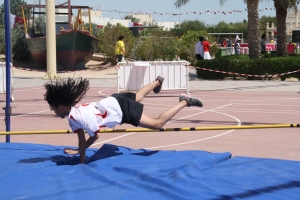 Sofea also took part in high jump and 4 X 100 meter relay. For the relay event, she was the 3rd runner. She told us that she managed to close the gap between their team and the other team but since their 4th runner was not that fast, they only came 2nd place. She was so sad because she said she had tried her best. She really wanted a GOLD for this…. I told her she could try again next year. Hopefully she will be selected again, insyaallah. 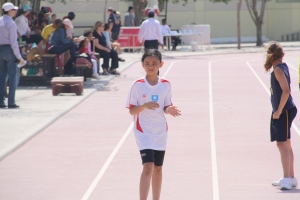 Waiting for the baton. 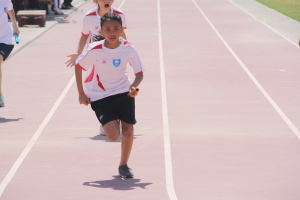 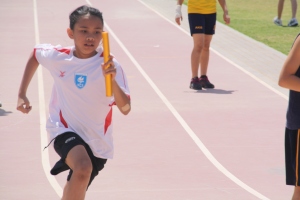 So proud of her.

The 3rd event that she participated was netball. She told me that she was not good at this netball thingy… well, you can’t be good at all event, right? 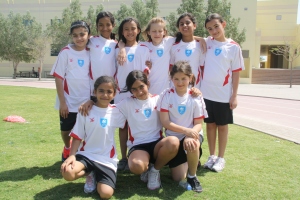 The weather outside is getting  hotter but still bearable. Normally by this time of the year the temperature already reach 40C but alhamdulillah, this year the temperature is rising a little bit slower. For the past few days, the temperature were in the range of 34C – 36C, may be this is due to the dust that keep on coming on a weekly basis. Anyway, no complaints…. hot weather is better than floods, storms or tornadoes. In Kuwait, regardless of the temperature outside, inside the house… temperature is always freezing….you need sweaters/fleece and socks all the time he he he.

So, since the weather is hot outside, I think it is good to share some beverages recipe, don’t you think? OK… this green apple kasturi is one of  my favourite drinks, always order this whenever I go to Secret Recipe and most of the time I end up ordering 2 glasses of this apple green kasturi. Let’s see what we need to make this drink shall we. 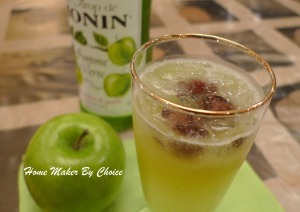